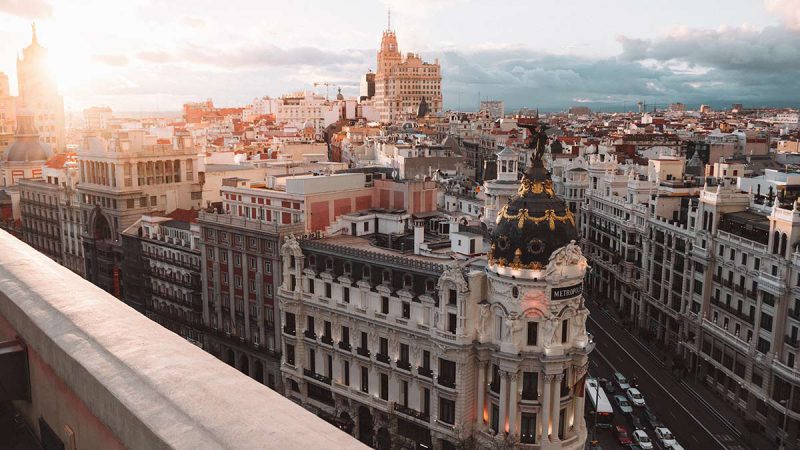 The funeral market in Spain is a consolidated and stable one, based on progressive growth and with a slightly increasing demand year after year. Its turnover stands at 1,560 million euros per year on average and, despite the fact that the economic crisis resulting from the covid-19 pandemic has also severely hit Spanish funeral homes, the sector is expected to recover its profit margin during 2021 and 2022.

The big numbers of the funeral market in Spain

The funeral market in Spain held a total of 417,625 services and turned over some €1,565 million in 2019, which is €35 million more than the previous year, according to the latest report produced by the National Association of Funeral Services (PANASEF).

The total turnover of the Spanish funeral market represents almost a 0.13% of the GDP. If we add to this figure the activity of insurance companies specialising in funeral services, the percentage rises to 0.32% of GDP.

According to the report, almost 60% of funeral services were paid for by insurance company policies. A total of 51.5% of the final price corresponds to the funeral service itself, 15% to complementary services (certificates and fees, church, wreaths, tombstones, obituaries…), 16.5% to burial or cremation and 17% to taxes.

Pending the final figures for 2020, everything points to a significant drop in the sector’s turnover. The restrictions caused by covid-19 and the increase in expenditure on personnel and protection and cleaning equipment have led to a 40% drop in profits during the first half of the year compared to the same period in 2019, which means that approximately 329 million euros have been lost.

How many funeral parlours, crematoria and cemeteries are there in Spain?

Spain has 464 crematoria and is the country with the highest number of crematoria in Europe.

How many funeral homes are there in Spain?

Despite being a large number of family-owned companies, the five largest funeral companies account for approximately one third of the market share.

The funeral market in Spain tends to be concentrated in large groups, with the help of insurance companies. Despite being a large number of family-owned companies, the five largest funeral companies account for approximately one third of the market share: Mémora, Albia (a subsidiary of Santa Lucía), Funespaña (a subsidiary of Mapfre), ASV and Servisa (Ocaso).

This is, however, a provisional situation conditioned by the merger between Funespaña and Albia announced in October 2018 and currently in the pipeline. Once the operation is confirmed, the new company will become the country’s leading funeral group and the tenth largest worldwide, with a turnover of close to 200 million euros and a network of 55 crematoria.

Mémora is currently the first group in the ranking of funeral homes in Spain in terms of turnover. In 2019 it exceeded 138 million euros in turnover, with a gross profit of 34.8 million euros and a gross margin of 25.28%.

In 2017 Ontario Teachers’ Pension Plan, the main shareholder of the French funeral home OGF, closed the acquisition of a majority stake in the Mémora group.

It has 1,250 professionals, 130 funeral companies, 129 mortuaries, 26 crematoria and 23 cemeteries across the country. It also owns the 85% of Serveis Funeraris de Barcelona and also leads the funeral market in Portugal, where the group has been a pioneer in the construction of the first funeral parlours and crematoria in Elvas, Figueira da Foz and Cascais.

Albia Servicios Funerarios was created in 1998 following the merger of several funeral homes and is currently the second largest group of reference in Spain with a turnover of 96 million euros and a profit of 23.4 million euros in 2019.

Albia manages 126 morgues, 280 funeral centres, 20 cemeteries and 36 crematoria in Spain. It has also expanded into Argentina with the establishment of a subsidiary called FunArg. The Albia Group also has minority stakes in more than 20 national funeral operators as well as in floral art and marble processing companies.

The Funespaña group performs more than 64,000 funeral services a year through a network of 104 funeral homes, 157 morgues, 25 crematoria, 24 cemeteries and 740 employees.

Funespaña’s turnover reached 43 million euros in 2019 and the consolidated result amounted to 5.87 million euros, according to the figures provided by the group itself in its latest balance sheet.

The funeral company’s turnover reached 48.7 million euros in 2018, with a profit of 5.5 million euros. The Alicante-based group has a presence in Europe and Latin America too, thanks to its participation in two leading companies in the German and Colombian markets.

Servisa, a subsidiary of Ocaso Seguros, completes the ranking of the five largest companies in the funeral market in Spain. It operates through 11 brands with a workforce of 630 employees and in 2018 had a turnover of €66.6 million with a profit of €4.3 million.